The Promotion of Hughes Oliphant Old

I only heard the name “Hughes Oliphant Old” four months ago, when my pastor recommended his book, Holy Communion In the Piety of the Reformed Church. I’m only a third of the way through it, but already it has become a favorite. So I was saddened to learn that Dr. Old passed away on May 24, 2016, a week or so before I had ever heard of him. Terry Johnson wrote a personal remembrance of him on the Reformation 21 website, as he did for Alec Motyer.

Thankfully his writings endure, and Holy Communion is not likely to be the only book of his in my library for long. 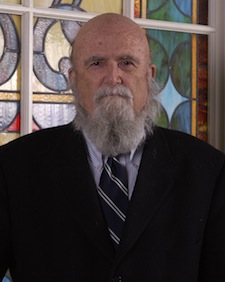 The Promotion of J. Alec Motyer

He was used of God right up to the end, in that his devotional on the Psalms, Psalms By the Day, only came out earlier this year.  Terry Johnson posted A Personal Remembrance of Motyer on the Reformation21 website on August 30th, which I discovered only this past week.  Johnson shared a glimpse into Motyer’s personal life, gleaned while sitting under his tutelage in Hebrew exegesis class:  “At times he would refer to the comments on the psalm made to his young daughter as he put her to bed the night before; we all glanced around knowingly, as if to say, ‘Oh to be a fly on the wall for those lessons!'”

Perhaps those sorts of sentiments from his students prompted him finally to publish a daily devotional on the Psalms.  I know I have thoroughly enjoyed his commentary on Isaiah, as well as Isaiah By the Day.  The first book of his I ever encountered was his commentary on Amos, and I am thankful for that first recommendation and introduction to this godly man, who now has entered into the presence of the One he served so faithfully for nearly a century, and yet still speaks through his many works.

It is fitting to pay tribute to Motyer here, because, as Johnson put it, he was very much like a modern day Puritan.  Referring to both J. I. Packer and Motyer he noted:  “They are like the extraordinary 17th century Puritans, such as Owen, Baxter, Gurnall, Charnock, etc., whose writings live on and on and on. Given the combination of scholarship, piety, and wit, I don’t know if we’ll see their like again.”

Take up and read, and be blessed indeed!

This blog was created to serve as a repository of reflections on Puritan readings taken up by a men’s small group, which met for the first time on March 20, 2009 and most recently on December 10, 2015: a span of 6.7 years!  Since the small group has disbanded, this blog has run its course, and is on hiatus, for now at least. 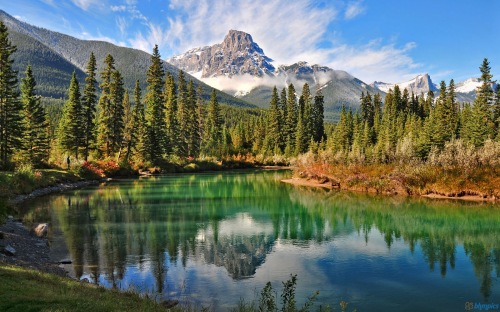 In Calvin’s day, Geneva was divided into three church districts, with each one having its own building: St. Pierre, St. Gervais, and St. Madeleine.  Calvin preached at St. Pierre on Sundays, and elsewhere during the week.  Each church had three services on Sunday: at sunrise, nine o’clock, and three o’clock.  At noon a catechism class for children was taught.  There were additional services throughout the week on Monday, Wednesday, and Friday, so there was no shortage of preaching for those desiring it in Calvin’s day.  Calvin himself preached twice on Sunday, and in 1549 the city council determined that Geneva needed sermons Monday through Friday as well.  Calvin wound up preaching an average of ten sermons every fourteen days, in a rotation with other ministers. Source: Herman J. Selderhuis, John Calvin: A Pilgrim’s Life  (Downer’s Grove: InterVarsity Press, 2009), 111-112.

The above photo of the pulpit of St. Pierre Cathedral may be found online, along with others.

Last week I had the pleasure of reading an article by Joel Beeke, “The Puritan Practice of Meditation,” one of several available on the HNRC website, which I heartily recommend.

Beeke gleaned seven reasons from the Puritans revealing why meditation is such an important duty for every Christian:

The article has 113 endnotes for those interested in additional reading on this neglected topic in our day.  Take up and read!

Since this post is published after my reflections on the upcoming assignments in the Institutes, I suppose it qualifies for a “Midweek Rambling”.  And since the topic is ancient, it merits inclusion on a blog devoted to promoting the works of those who engaged their culture as fidelity to the gospel required over four centuries ago.

I stumbled onto this thoughtful and courteous review by Tim Keller’s via a blog by Rick Phillips on Reformation 21.  I recommend both links.

Midweek Rambling: The Crook In the Lot – Contrasting Pride & Humility

It wouldn’t be right to go a whole year on a site founded on the premise of promoting Puritan writings without citing one every now and then (even if we are reading Calvin’s Institutes most of 2015!).  I know I find it hard to go very long without reading something by the Puritans, and this week I found myself returning to one that is on my top 10 list: Thomas Boston’s The Crook in the Lot.

To those who may not be familiar with this little jewel, the title isn’t referring to a criminal on a small piece of real estate.  Boston uses that phrase to refer to afflicting incidents and circumstances in life, which everyone encounters without exception.  This short but powerful little book consists of seven sermons: three on Eccl. 7:13, one on Prov. 16:19, and three on 1 Pet. 5:6.  The excerpt below is from the one on Prov. 16:19 (“Better it is to be of an humble spirit with the lowly, than to divide the spoil with the proud.”  -KJV), and the book is accessible online at CCEL (emphasis added):

III. I am to confirm the doctrine, or the decision of the text, that the case of the former is better than that of the latter. It is better to be in a low afflicted condition, with the spirit humbled and brought down to the lot, than to be of a proud and high spirit, getting the lot brought up to it, and matters going according to one’s mind. This will appear from the following considerations.

1. Humility is so far preferable to pride, that in no circumstances whatever its preferableness can fail. Let all the afflictions in the world attend the humble spirit, and all the prosperity in the world attend pride, humility will still have the better. As gold in a dunghill is more excellent than so much lead in a cabinet, For,

(1.) Humility is a part of the image of God. Pride is the master-piece of the image of the devil. Let us view Him who was the express image of the Father’s person, and we shall behold Him meek and lowly in heart. None more afflicted, yet His spirit perfectly brought down to His lot. ‘He was oppressed, and He was afflicted, yet He did not open His mouth. ” That is a shining part of the Divine image; for though God cannot be low in respect of His state and condition, yet He is of infinite condescension. None bears as He, nor suffers patiently so much contradiction to His will; which is proposed to us for our encouragement in affliction, as it shone in Christ. ‘For consider Him that endures such contradiction of sinners against Himself, lest you be wearied, and faint in your minds. “

Pride, on the other hand, is the very image of the devil. Shall we value ourselves on the height of our spirits? Satan will vie with the highest of us in that point. Though he is the most miserable, yet he is the proudest in the whole creation. There is the greatest distance between his spirit and his lot; the former is as high as the throne of God, the latter as low as hell. As it is impossible that ever his lot should be brought up to his spirit; so his spirit will never come down to his lot. Therefore he will be eternally in a state of war with his lot. Thus, even at this time, he has no rest, but goes about, seeks rest indeed, but finds none.

Tagged as The Crook in the Lot, Thomas Boston

As a follow up to some of the things I discussed in this week’s post on the Institutes, I recommend Ligon Duncan’s sermon delivered this past Sunday at FPC Columbia, SC: “How Jesus Gives Us Peace.”  His starting text was 1 Thessalonians 3:16, and he eventually touched on Ephesians 4:14-19 as it relates to the difficulties many Christians encounter when it comes to experiencing both God’s peace and love.    Wonderfully encouraging sermon!

Midweek Rambling: An Age of Acedia

W. Bradford Littlejohn is doing a series of articles titled, “The Seven Deadly Sins in a Digital Age,” and recently completed the fourth installment, on sloth, or acedia (Latin).  I heartily recommend the article on the Reformation21 website, along with others in that series.

In case you were wondering if the Puritans used any charts, the answer is YES!  Listening to Dr. Derek Thomas speak on the ordo salutis I learned that William Perkins (1558-1602) developed an “ocular catechism” chart (available at http://www.reformed.org/calvinism/index.html?mainframe=/calvinism/perkins.html) which was used widely in many English homes in the 17th century for instruction in the truths of salvation.  The chart points to Jesus as the source of salvation in every way.  Outer bubbles represent distance from the Savior, and so the message conveyed is to look to Christ in everything.

If you want to listen to Derek Thomas on the ordo salutis you may find it on the website of First Presbyterian Church, Columbia SC (or directly via http://www.sermonaudio.com/sermoninfo.asp?SID=961481782).  Dr. Thomas uses Perkins’ chart extensively when teaching theology students, so it is good to know it is still getting some circulation today, at least in some circles!

You also can’t go wrong by listening to the address Dr. Thomas gave on union with Christ as well.(http://www.sermonaudio.com/sermoninfo.asp?SID=9111491210)